Farewell to Wicklow Brave. Or Thoughts on Life, Death and Horses. 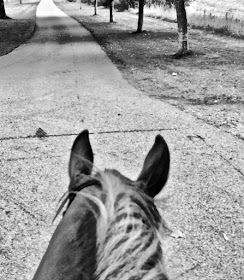 Last night, on an American racecourse, a bold and beautiful Irish horse died.

Wicklow Brave was well named. He was brave. He was also supremely idiosyncratic and wonderfully characterful. He had a mind of his own, and no human appeared to be able to make it up for him. And when he flew, he flew.

In what nobody knew would be his final race, he was in the lead, looking as if he would surely win, when he fell at the last. It was one of those nasty, awkward falls, when you just know something is wrong.

Racing Twitter, who had stayed up late, started sending out messages of distress. Because everybody loves Wicklow Brave. He’s won on the flat, he’s won his bumpers, he’s won over hurdles, he’s won over jumps. Very, very few horses win at the festival and win a St Leger, but Wicklow Brave did. He’s one of those standing dishes who seems to have been around forever, and many, many people have taken him to their hearts.

It took an hour before the news came through. He had broken his shoulder and had to be put down.

I’ve never met Wicklow Brave in my life, but I cried for him as if he were my own. Across the ether, many others were doing the same. He really was adored, and the good and generous tributes came galloping in.

And then there were the batsqueaks of objection, of criticism, the first stirrings of fury. ‘I hate the jumps’. ‘This is why I can’t watch racing’.

I understand this well. When something so heartbreaking happens, I always think I can never watch again. It sounds mad to those who don’t follow racing, but these horses feel like friends. You fear for them, hope for them, cheer for them and cry for them. The loss of someone like Wicklow Brave makes me wonder whether the angry voices are right.

And that’s when I have to take a deep breath, leave emotion behind, eschew magical thinking, and come back to reality. Statistics are complicated things, but here’s something I read - in one study, horse owners reported that 63% of injuries happened in the field at home. Here’s another: two horses die every week on the roads. So my sweet ex-racing mares, dreaming in their Scottish fields, their speedy days only a distant memory, are still at risk of death or catastrophe, much like their cousins on the racecourse.

Here are the other things I worry about, every day - a sudden colic, an inexplicable grass sickness, a false step when we are cantering down the valley, a foot in a rabbit hole. Nobody sees that on the telly, and nobody will say they hate seeing horses being kept by a middle-aged woman in a squashed hat and ask for it to be banned. This is, I think, because humans are emotional creatures, prone to category errors, and desperately bad at calculating and understanding risk. (This is why so many people, including me, are afraid of flying, despite the poor rationalists repeating the numbers, over and over. I read once that you are more likely to die by donkey than aircraft. How the donkey would kill you was not explained.)

I have to think of all this and try to sort it out in my head because I love thoroughbreds and I love the people who love thoroughbreds. Racehorses were my entire young life. They were my north and south, my east and west. My father, who rode and then trained jumpers, was not a monster who ran his horses to death for money. Nor were the funny, kind, eccentric, generous people who came to our house in the Lambourn valley. They loved their horses and cherished their horses and admired their horses and wept for their horses. I saw my father inconsolable when he lost a great fighter. But I also saw the stoical, determined resolution the next day, when first lot had to go out and life had to go on. There was a sort of earthed, countryman understanding of life and death. Dad, and the men and women he worked with, paid tribute, marked the loss, felt the grief, and knew they had to keep going for all the other horses who relied on them.

I think too, at times like this, of horses in the wild. They have a flinty ruthlessness that comes from fifty million years of evolutionary biology. They will leave the old, the halt, the lame, and move on. That is how horses survived over the millennia. In some ways, I think they understand mortality better than we humans do.

And yet, for all that flintiness, I have watched my own red mare grieve for a fallen companion. This sounds like the worst kind of anthropomorphism, but grieving is the only word I can give it. She stood guard at the place where her friend died for four days, lifting her head, watching intently, whinnying. And on the fifth day, as if she understood and accepted the loss, she moved away and put her head down again to graze. Loss is loss; respect is due; and life went on.

So, what do you do, if you love horses and you love racing and you find yourself sitting on a Saturday night, writing stuttering words about the death of a horse? Do you turn your head away in disgust and resort to words of fury? Do you condemn the whole game? Do you rage and blame?

Or do you choose to cling to the positive?

Wicklow Brave is gone. Depending on your belief system, he has returned to a peaceful nothingness, to that place he was in before he was born, or he is running free over celestial plains. I mourn him and salute him and think of all the people who loved him and looked after him every day, the ones who will miss him most. I think of how funny he was, and how brilliant, and how not quite like other horses. I think of how well remembered he will be, and how well his loss is being marked.

Does that matter? Well, if you go to see Oliver Sherwood, he’ll take you up on the gallops and show you the tree that they planted for Many Clouds. The whole string rides past it most mornings, and the riders smile and remember. And I think that does matter.

I will go on watching. I grew up in this game and it’s too far in my blood ever to get it out. Every time I turn on the racing, I have my father with me. I will go on watching and I will remind myself that British racing is the best-regulated in the world and that the horses get the finest care. I’ll think of all the people I know in racing and how much they love their charges and I’ll think of all the happy yards I’ve lived in and visited, where you can feel the contentment in the air. I’ll try to stay on the rational side of the street: all horses can have accidents and die, it’s just that with racing you see it on the television. It happens to famous, beloved horses in front of a crowd. That’s the difference.

I think of what is most important, which is the living. I write about living horses every single day. I sometimes write about the household names, but mostly I tell simple stories of my red mare and her little bay friend. I do this for love, and sometimes for self-indulgence, but also because I’m always trying to learn more, to move forward, to be a better human for those enchanting thoroughbreds, to understand more of their horsey minds, to venture across the species barrier. I find that writing it down helps to keep me up to the mark. And I like to dispel the disobliging myths about thoroughbreds in general and ex-racehorses in particular, so that more people will realise what wonderful, kind, versatile creatures these animals are.

I think, at the last, of all the times I’ve watched Willie Mullins horses go round the pre-parade ring at Cheltenham. The atmosphere at the festival is so thick you could cut it with a carving knife, and even the most experienced horses can get a little rattled by the noise and the energy. But, almost without exception, the Mullins horses mosey on round with their heads low and their ears soft and their necks relaxed, as if they were going for a nice walk at home. That’s a true testament to a happy yard and a whole lot of devoted humans. I know, from everything I’ve seen and heard of Wicklow Brave, that he had a great life. And that, I think, in the end, is what is important. I choose to remember the life.