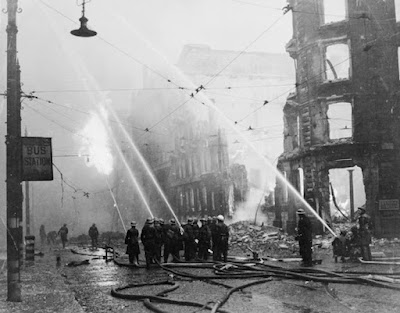 
They must have been angry too, and tired, and frightened. Somehow, they stood together, and prevailed. Hate, I think, does not, must not, will not win.

(The picture is of  the Manchester Blitz, and is from the collection of the Imperial War Museum.  Sadly, no photographer is credited, but someone was out there on the streets, doing sterling work.)
at 13:29