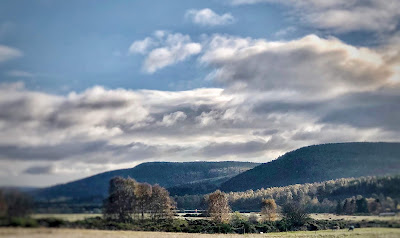 A Russian philologist wants to be my friend.

I stare at the request on Facebook. The first thing I think is: mafia. Isn’t that terrible? I don’t think War and Peace, or The Cherry Orchard, or Torrents of Spring. I don’t think of Rachmaninov’s Second Piano Concerto, or of the 1812 Overture, or of anything by Rimsky-Korsakov. (I don’t actually know any music by Rimsky-Korsakov, but it’s the most brilliant name in all of classical music and I just love typing it.)

I am appalled. I have accidentally become a Russian bigot. And after everything I tell myself about not making assumptions. There is lovely Eugene the philologist, and I at once think that he must have done something extremely dodgy in oil and gas. It would be like him looking at me and thinking that because I am British I must be a football hooligan and drink tea all day and hang upon every word of Nigel Farage. Only worse.

I’m making a bit of a joke to cover up how appalled I really am at my own thought processes.

And here is the even more terrible thing - Eugene looks incredibly nice. He is young and smiling, with an open, friendly face. There are pictures of him with an extremely pretty and equally smiley young woman. (Just the kind of thing, says my subconscious, which is still on the dodgy oil and gas kick, that a mafioso would put up, to throw people off the trail. The real Eugene is probably about sixty and lives with his mother.)

I want to say - ‘when did we all get so suspicious?’ - but it’s not we, it’s me. I can’t shuffle this off onto the universal we. This is my own shocker. And it’s not only suspicion of strangers, it is a peculiar and particular national stereotyping. I don’t look at all French people and think: garlic, Sartre, cinq à sept. I don’t think that they are all intellectual snobs who practise infidelity like the old time religion and smoke forty Gitanes a day. I don’t look at the Italians and think ‘mafia’, even though they invented the mafia.

What the hell is going on?

The availability heuristic makes you believe what you last heard and what you most heard. That’s why if you do hang upon the words of Nigel Farage and his cohort you probably believe that all the problems in dear old Blighty are due to Johnny Foreigner coming over here and taking our jobs and stealing our women, and that the moment we get rid of those pesky Eurocrats we benighted Britons shall be free. I watch a lot of news and I’m very interested in American politics, so I see a lot of Putin. I see him with his glassy face-lift and his dead, assassin’s eyes and I think of his days in the FSB and I know perfectly well that there is something rotten in the state of Denmark. I think of all his cronies and how they got their money and I don't think it was by working hard and going to bed early.

And I know someone who knows someone who was married to one of the oligarchs, and I know that this someone had to take six bodyguards and four black Range Rovers every time she wanted to go to the shop for a pint of milk.

The last time I was in London, there were new Russians everywhere and there was something about the way they spent their money which made me uneasy. (It was very weird. They were all young men in extremely sharp and slightly too shiny suits, and they lounged about, smoking cigarettes and casting sidelong glances at the women who passed by, and they gazed at their spanking new Ferraris and Porsches with lascivious eyes. I was brought up to dislike overt adoration of money, and they made me very, very uncomfortable.)

So those are my availability hubristics, and they are all bad. The days when I used to go to see Uncle Vanya at the Donmar and Ivanov at the Almeida are far behind me. In those days, I thought all Russians had poetry in their soul. I thought they were the most romantic and the toughest people on earth. They could sing ancient folk songs with tears in their eyes but they could still survive Stalingrad and the war and the long years of Soviet oppression. I remember a friend of mine coming back from a train trip to Russia in the late eighties and saying that every time he got off the train he would be approached by enterprising, youthful Russians, beaming at him and saying, ‘Hello, young Western peoples. You sell shoes?’

They survived the queues for bread and the no shoes and the daily terrors of dictatorship. They somehow kept their spirit when they were surrounded by drabness. And they still had poetry in their soul. What people could do that?

And now, because of Putin and the thugocracy, the first thing I think is mafia. That’s my own cheap laziness, but it’s also their fault, those thugs that run Russia now and who are always in the news. And maybe it’s a little bit the fault of the news itself. They don’t tell us the good stuff any more, if they ever did. The newshounds are too interested by the strange president with his unreadable face and the billionaires who own half of Mayfair and the shady men with the polonium near Salisbury cathedral. And who can blame them? Those are incredible stories. But they are not the only story.

This is the second time this week that I have had to talk myself down from the window ledge of false assumptions. Being back on the blog is very good for my self-awareness. (Although it’s slightly tiring, finding out that my flawed self is so very flawed.)

I feel better, so I decide I shall be friends with Eugene and stop jumping to such horrid, unfair conclusions about someone I have never met. I think: I’ll just look up Cherkasy University, where he studies. Just to see.

Cherkasy University looks enchanting. The students appear to do wonderful things with folk architecture, and flora and fauna, and differential equations. Everything looks very sunny.

I’ll just see where it is, I say to myself, imagining it to be in some glorious, wild part of the Urals.

Eugene is not a Russian at all. He’s a plucky Ukrainian, who almost certainly would like the Crimea back. He’s not a front for the old and gas hoods, or a mafia bot who wants to be friends with me because he wants to steal the election. He is a saintly freedom fighter standing up for his beloved homeland.

I look at what I have just written.

I’ve never met a Ukrainian in my life, but, in my mind, it appears, they are all plucky. And patriotic. And ready to fight for liberty. I’m sure that if I dug a little further, I’d probably find I believed they all played the balalaika and were cheerful in the face of adversity.

And there I was, all this time, thinking I was a lovely small-L liberal, with my open mind and my ability to see both sides of the argument and my refusal to give in to stereotypes.

This not making assumptions business is going to be harder than I thought.

PS. I suddenly realise that just because you go to university in the Ukraine, it does not mean you are Ukrainian. It's perfectly possible that Eugene comes from Vladivostok. In the end, it doesn't matter, because he's taught me a most valuable lesson.