The Joy of Sleep 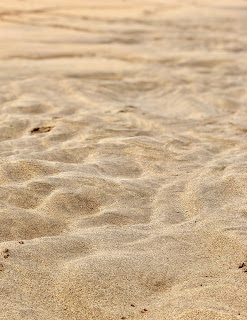 I had thirteen hours of sleep last night. Thirteen hours. I can’t remember the last time that happened. I woke briefly in a windy, blue, bleary dawn and rolled over and went back to sleep. I woke later in the morning, and, in a blinking half-doze, let the dogs out. They took one look at the Hebridean weather and came trotting back in again. Just a half hour more sleep, I thought. The next thing I knew it was lunchtime.

The good body, I told myself, really did need a rest. That must have been some sleep debt that I built up.

I thought of all the other people running around on not enough sleep and too much caffeine and that faint, humming sense of strain that comes from not listening to the good body. I reckon that’s pretty much everyone in modern life, except for those clever professors who do sleep studies. I thought: no wonder so many of us Britons are rowing about Brexit and shouting at each other on Twitter and forgetting our famous good manners. Our brains, not given enough time to restore themselves in the night, are stretched until they twang.

I am self-employed. I’m pretty rubbish at time management, so I always feel as if I am behind on my four jobs, but, theoretically, I could easily give myself eight or nine hours’ sleep a night. Nothing simpler. I’m not a junior doctor or in the emergency services. I don’t work the night shift or have a small, wakeful child. And yet I don’t. I rub along on about six hours, on average. Sometimes, I have as little as four. On the bad insomnia nights, which greet one in middle age, I battle through the day on two.

This isn’t just bad decisions. (‘You could go to bed now,’ says my sane, adult voice. ‘Just look something vital up on the internet, or make notes for a dazzling new idea,’ says my irrational, luring, fatal voice, and then it is after 1am, and I know that tomorrow is already buggered.) I think it’s the culture. Life now seems about speed and flash and cramming as much in as possible. Sleep is for wimps. Those mistresses and masters of the universe are always telling everyone how they got to the top by rising at 4.30am. I read something the other day about Mark Wahlberg getting up at 2.30am to work out in his gym. And he takes millions at the box office. If I get up at sloppy seven, then I’ve already lost the race.

This holiday, on the lovely, distant island of Colonsay, has been a revelation for me. I was supposed to come with friends, but they fell away. Although I was sad that I would not be in this ravishing place with my best beloveds, I was secretly thrilled at the idea of being on my own.

I used to go away on my own when I was very young. In my twenties, I drove from Los Angeles to Seattle and back again all by myself, and once took the solitary scenic route to the South of France, spending two delightful nights in backwoods hotels off the beaten track, where chickens pecked graciously beside the breakfast tables and the other diners cast me furtive looks, half curiosity, half pity.

I did not care. I ate delicious French food and wrote it all down in my Moleskine notebook and pretended to be a white Russian spy or an incognito film star. (I had rather grandiose ideas about myself in those distant days.)

The first time I went to New York I was nineteen and all alone. I headed straight for the Oak Room at the Plaza, because that was where Scott Fitzgerald used to drink, and a barman called Mose with a W.C. Fields bottle nose made me the best bourbon sour I ever had. I made friends with a visiting professor of psychology from Florida, in town for a conference. When his  wife arrived to take him away for dinner, she gave me a kind, concerned look, and said, ‘You take care out there, honey.’

Later that night, I ate in one of those Jay McInerney sort of restaurants with a man called George Whipple the Third. (George Whipple III! How on earth did I even know someone with a name like that?) I told him about the kind wife and he shrieked with laughter so loudly that half the Brightness Falls clientele turned round to look.

‘The Oak Room!’ He stuttered. ‘That’s where all the hookers go!’ The kind lady, we decided, was clearly worried that such a young Briton was already on the game.

Well, not quite nothing. I have read a lot and thought thoughts and cooked food and had two ideas for two new books. But there is nobody to say, ‘Let’s go here, or do that, or plan this.’ There is no rush or schedule or To Do List.

And I have slept. I’ve slept and slept and slept. The good body cried, ‘At last, you are listening to me. And what I need is renewal and restoration.’
I think: perhaps I have been tired for the last seven years. Perhaps for even longer than that. Perhaps that’s why I’ve made some rotten decisions and inexplicable mistakes and felt like I am always chasing my tail. Perhaps that is why I have been mystified at all the things I have left undone, or been late about, or simply glossed over. Perhaps that is why I often feel baffled or disorganised or as if I am running on fumes.

Perhaps everyone, I think, should be sent to a Scottish island once a year, a place where there is hardly any internet, where clocks mean little, where doing nothing is a high art, where the good body can ask for a pause and be listened to. Perhaps it should be paid for by the government. It might save millions every year - the money squandered on lost productivity and NHS bills and unnecessary divorces. (It must be hard to be civilised in a relationship if you are tired all the time.) Perhaps a little island where nothing much happens is the answer to half of modern ills: a gentle place where harried humans can be reminded how to rest, and be themselves again.