The Story of Estimate. Or, In Which Dreams Do Come True. 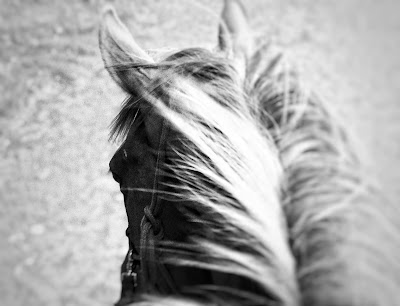 The Gold Cup six years ago was one of high emotion and high drama. I wrote it all down, and I’m so glad I did. I’m reproducing it here, because the story of Estimate always deserves to be told.
It’s an edited version of a much longer story. Before the Gold Cup, another wonderful filly, Riposte, had brought the house down by winning for Lady Cecil, the widow of the late, great Sir Henry Cecil, who had died not long before. It was the stuff of dreams. The idea that Estimate could then go and win for the Queen seemed a dream too far, on that fairytale day. And yet, in racing as in life, there really are sometimes happy endings.

The Gold Cup is the glittering highlight of the Royal Meeting of the week. It is two and a half miles, a colossal distance. Most flat horses are simply not bred to run this far. There was a huge field, although because of the fast ground runners were dropping like flies. The promising High Jinx was out; Dermot Weld decided he could not risk the delicate legs of Rite of Passage. At the top of the market, driven there by a combination of sentiment and hope, was the ravishing bay filly, Estimate.

Estimate belongs to the Queen. Last June, I was there to watch her win the Queen’s Vase to extravagant emotion, in the jubilee year. I fell in love with her then and I have followed her ever since. She is a lightly-built filly; she does not look like a mighty stayer. But she has a dreamy temperament and the will to win, and she is improving all the time.

On paper, she had something to find. The trip was four whole furlongs into the unknown; on strict official ratings, she was well down the field of fourteen. She would have to produce a rampant career best.

I resisted my stupid soft heart, and tried to find the rivals who would bring her low. Simenon was the danger, I decided, with proven form at course and distance, and the wizard that is Willie Mullins in charge.

But as the start neared, I gave in to the heart and bashed all my money on the little mare. Yes, she was up against the boys; yes, it was a fairytale too far; yes, she had something to find on the book. But blast it, I wanted her to win more than anything, and if anything could find that little bit extra for the big occasion, she could.

She is such a kind and genuine horse. Channel Four showed a clip of her in her stable, and she was as dopey and dreamy and affectionate as a dear old donkey, nuzzling up to her lass, making silly faces, soaking up the love of her faithful human. It made me more entranced with her than ever. Bugger the book I thought; this is my girl.

And I switch into the present tense, because it feels in my head as if the drama is happening all over again.

As Estimate goes round the paddock, with her owner watching intently, she shows all of her brilliant big race temperament. On a warm day, there is not a hint of sweat on her bay flanks. Then, suddenly, without in any way becoming flighty or over-wrought, she gives two little bucks. They are balanced perfectly on the fulcrum of exuberance and determination. They sketch an arching parabola of intent. My mother and I look at each other, hope rising in our eyes.

‘She’s ready,’ we say to each other, in trembling voices. ‘Oh yes. She is ready.’

The late cash comes pouring in, perhaps from the seasoned paddock watchers, perhaps from the sentimental royalists. Estimate shortens in to 7-2, veering violently from sixes this morning. I add my cash to the party. I’ve loved this horse for a long time; I damned if I am going to let my old loyalties lapse. I can see all the doubts for what they are. But my money must be where my mouth is.

Estimate comes out onto the course, all on her own. She canters down to the start with her head high and her ears pricked, collected and balanced, looking around her as if taking in every inch of the fine spectacle. She has a little white snip on her dear nose, and, in my fevered mind, it starts to blaze like a flashing sign.

And, they are off.

The sultry summer’s day turns misty, and, through a sudden murk, Estimate’s white flash shows brightly. She takes up a good position, one off the rail, four lengths off the pace. Ryan Moore lets her down and gets her beautifully settled, so her natural rhythm can assert itself. Her long, narrow ears go back and forth in time with her hoofbeats.

Past the packed stands they go. The faint sounds of whistles and applause can be heard, before they are off again into the country, where the race will begin to unfold.

The massive white-faced German raider is running strongly in front, tracked by the two staying stars, Colour Vision and Saddler’s Rock. Estimate is tidily tucked in behind. Into Swinley Bottom, she is perhaps the most well-balanced of the entire field, happy in her dancing rhythm.

Four out, the field bunches up. ‘There is Estimate,’ says Simon Holt, his voice rising, ‘with every chance.’

Jockeys are starting to crouch lower now, not yet kicking on, but indicating an increased momentum. Ryan Moore is rocking Estimate gently into a quicker pace. Colour Vision, who won this last year but has been disastrously out of form ever since, is suddenly full of running. The brilliant Johnny Murtagh is releasing Saddler’s Rock. Simenon is unleashing a withering run down the outside. In the midst of this, in a small pocket of her own, Estimate is quietly running her race.

And then Moore asks the question, after over two miles of searching turf, and Estimate answers. The answer is: 'Yes.'

She surges forwards, chasing the mighty grey in the Godolphin colours. She gets past him, inch by inch, but the race is not done. Two big fellas come charging at her: the Irish Simenon, the French Top Trip.

All three horses are now in full cry. They are so close together you could not put a cigarette paper between them. For a horrible moment, I think that the slip of a girl will be swallowed up by the roaring boys.

At home, in our house, with the indigo Scottish hills visible though the window and the bluebirds questing at the window, everything erupts. I am on my feet, bawling at the top of my voice. My old mum, who has seen Nijinsky and Mill Reef and the Brigadier, is shouting: ‘Come on, Ryan’. Stanley the Dog, who clearly believes we have suffered some kind of catastrophic event, is howling and jumping and barking his head off. Only the sensible Stepfather sits silent, riveted to the action, a small oasis of calm in the roiling storm.

I look away, unable to watch, convinced the brave filly is beat. It’s too much to ask; it’s too much to hope. She’s never been anywhere near this distance before; only the very best fillies are capable of beating the colts. She’ll fade, fold up, be done on the line.

But I turn back, and there she is, with her little head stuck out, her glorious stride lengthening, every atom in her body speaking of her will to win. I gather one last wild howl of hope.

Simenon’s determined head comes up to Estimate’s shoulder, the great momentum of his powerful quarters pushing him forward. Will the bloody finishing post never come?

Somehow, somehow, the good filly keeps going. It is as if she is saying to the others: 'No, boys, not today. Today is my day.'

And there, at last, is the line, and she has a precious neck in hand, and Ryan Moore is crouched up almost at her ears, carrying her over the finish.

As if my entire family is deaf, I yell again: ‘I CAN’T BELIEVE IT.’

We hug, we jump in the air, we weep lunatic tears of joy.

It’s just a horse. It’s just an old lady in a lilac dress. It’s just a race. On a strictly rational level, it is hard to know which is more absurd: the racing of horses or the hereditary monarchy. But humans are not rational animals. Even in the most empirical of us, the magical thinking sometimes overwhelms. I can’t help it: I love the Queen. I love her for her dignity and restraint and good old British stoicism. I love Estimate, for her sweetness and strength and bloody-minded determination not to give up. I swear she had a Sod You, Boys look in her eye as she flashed past the post. And I love racing, where these beautiful herd animals may show all their mighty, fighting qualities.

And so I shouted and cried and leapt in the air, even though I am forty-six years old and I should know better.

The filly came back to the paddock, the Queen walked down to greet her, the crowd went insane. People did not know what to do with themselves. The gleaming golden cup was presented, and the Queen, who really has been around the block more than most, who has been coming to Ascot since the fifties, who knows all about the dreams of horses not quite coming true, stared at it as if she had never seen anything so lovely in her entire life. She looked as delighted and disbelieving as a child. Her fairytale had come to life.

And that, my darlings, was Ladies’ Day at Ascot, when four tremendous females, two equine and two human, wrote a story that will stay stitched into the memory of everyone lucky enough to have witnessed it.