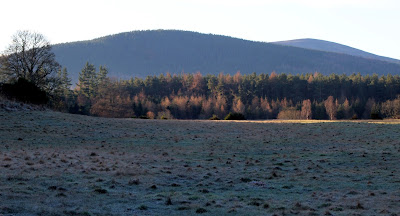 I stand in the kitchen, doing the washing up and listening to quiet voices talking about the life of Rumi and wondering what is the best way to economise on Fairy Liquid. (Buy in bulk? Amazon Prime? A trip to Costco?)

Outside, the sky is doleful and drab.

I keep thinking: this is what forty-nine looks like.

I think: I shall never see Kathmandu. I’ve never especially wanted to see Kathmandu and the thought of intrepid travel has always filled me with a slight dread. But still, I know now that I shall never see it. I find this faintly demoralising, although the stern KBO part of me squares its shoulders and says really, worse things happen at sea. I know a man who until two years ago had never been south of Stonehaven.

I think of old travels. Should I write about those? Should I remember those? For some reason a picture flashes into my head of my friend Pete the screenwriter in a hotel room in Galle with very high ceilings. It was a pink room, or apricot perhaps. I had come from three weeks in India where I was the only Western human to put on weight, and was feeling rather hot and buxom. Pete had a very cool, delicate best beloved at that time. She was called Veronica and she was dark and beautiful and tiny and incredibly nice. Did we call her Ron? I can’t remember. I think we might have done, in a slightly ironic way. I think also that we ran into each other by complete chance.

I remember that hotel. It had probably not been refurbished since 1930 and felt like a lost age. There were acres and acres of polished wooden floors and very high ceilings. I think I drank a great deal of iced beer.

I did run around quite a lot when I was young. I have been south of Stonehaven. I think: I shall be like a camel and live off my hump.
After all this nonsense, I got on with the day. Horses, dogs, political breakfast discussion with the Stepfather, 1249 words of book. I even ran some errands and got some boring jobs done and managed a couple of logistical matters of shattering dullness.

Out in the world, scientists are beside themselves because they have discovered gravitational waves. (I think that is what they are called. My internet is still running like a drunken snail so I can’t look it up. Or, I could look it up, but it would take half an hour. Oh, oh, oh, how I miss celerity. I know I should ring BT Internet but I’ll get a huge amount of fudge and waffle and nothing will be resolved. Broadband in my part of Scotland has just ground to a halt and that’s all she wrote.) I love few things more than very excited scientists coming on the wireless sounding like children at Christmas. The markets are wobbling and Sir Bernard Thing and the man from Google are refusing to apologise for anything or to explain anything or to act like rational humans in any obvious way.