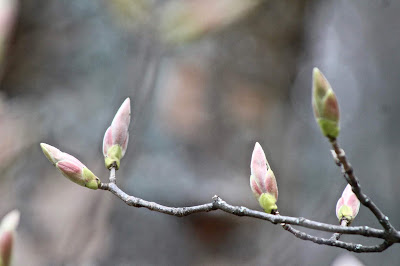 Today, I sent off a manuscript to my agent.

I’ve had so many crashes and smashes in my writing career that I had almost given up on the traditional publishing route. I could not deal with the whole dog and pony show, the reliance on whim, the alarming shifts of the market. One day, what you are writing is in fashion; the next, everyone wants something and someone quite else. The endless returning of each manuscript for the endless rewrites started to feel not like work, but like purgatory.

So I thought I’d be a literary entrepreneur. I started publishing my own, idiosyncratic horse books on Amazon. I would press the miracle button and my books would be amazingly available from New Mexico to New Zealand. I began an online writing service, where I acted as a coach and mentor and editor. I could reinvent the entire process, and I would never, ever have to have a meeting again. (I am a fairly extreme introvert, so I absolutely loathe meetings. I am crap at jolly working lunches. I am catastrophic at selling myself in any way.)

And then, out of the blue, my agent suddenly got in touch and asked about the novel for which I had entirely given up hope. It sat, huge and pointless, in my bottom drawer. It had been rewritten so many times, but it was never quite right.

Astonishingly, she had not forgotten about it. She had been talking of it to complete strangers. Incredulous and invigorated, I got it out and dusted it down and had a look at it.

Usually, when this happens, the book feels old and stale. It had its moment, and it missed it. This one, however, still hummed and thrummed with life. I could see the places and see the characters and see the slightly eccentric world I had created. I fell in love with it, all over again. As I worked it and worked it, I felt hope rise in me. When I got to the last chapter, I made myself cry.

Well, I thought, if it makes me cry, then it might make the Dear Reader cry too.

For four days after finishing this latest edit, I sat with my bad critics, my voices of fear, the gremlins in my head. They had a tremendous party. They told me that it would be the same old, same old. It would be the burst of hope, followed by the crash of disappointment. The complete strangers would have met another agent, with a more thrilling manuscript. The market would shift, yet again. The manuscript would be sent back. My heart would break. The window of Waterstone’s would seem like a bitter dream.

Don’t expose yourself to that, said the gremlins, shrieking with drunken laughter. Do you really want to fail, for the hundredth time? Run back to your comfort zone, and stay there, with a nice bottle of gin.

Finally, I summoned the Fuck It voices. I love these voices. They really don’t give a stuff. They say, ‘Fuck it, if you don’t try, you’ll never know.’ They say, ‘Sod the world, it’s your book, and it’s beautiful, and you love it, so send it.’

So, half an hour ago, I dug myself out of my hole, put my Fuck It hat on, and pressed send.

Off it has flown, my great big book, into the open spaces where critical eyes may gaze upon it. It’s galloping now, over the prairies, across the Steppes, and who knows where it may find itself?

And what if the worst comes to the worst? What if the computer says No? Well, I can still press the miracle button and some lovely reader in Albuquerque will be my very own Waterstone’s window.