Bryony and Blackie: a Partnership for the Ages 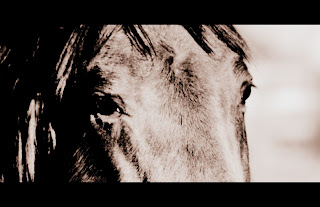 In the world, there is a young jockey called Bryony Frost. Almost nobody outside of racing knows her name. In racing, pretty much everyone knows her name. On ITV, the commentators certainly know her name. They have started to say things like ‘Another big Saturday win for Bryony Frost.’ Another, in fact, has become associated with her name. ‘Another terrific ride from Bryony Frost.’ She’s not a fluke. She rides good races on a wet Monday at Plumpton and she rides good races on a dazzling Saturday at Ascot. She gives it everything, every time.

And when she finishes her race, her face splits into an almost disbelieving smile and the first thing she does is throw her arms round her horse’s neck. As she does her victory walk back to the winner’s enclosure and hears the applause, she points her finger at her horse. ‘Don’t clap me,’ she seems to be saying, ‘clap him.’

The horse, most often, is Black Corton. He’s quite small and absurdly determined. He’s a bundle of energy. He doesn’t know that he started off as a bit of a nothing horse. A summer horse is the faintly patronising expression, meaning one of those who is not going to be a winter champion, who can canter round on good ground and clean up whilst the superstars are having their holidays. The thing is, nobody told Black Corton. He just kept on winning. There was a point when he seemed to be running every week, and the more he ran the better he got.

Nobody told Bryony Frost either. Or, if they did, she knew better. She smiled her beaming smile and whispered in Blackie’s ear and off they went, to the big meetings, on the winter ground, when they were supposed to get found out. That fantastic run had to end some time. Except it didn’t, and this afternoon they line up on the grandest stage of all, with a fighting chance at the festival.

Bryony Frost is a properly good jockey. She works astoundingly hard. She takes the knocks and learns from her mistakes. Paul Nicholls, her boss, is not a sentimentalist. He did not give her a chance because he likes her smile. He gave her a chance because she earned it. She’s intelligent in a race and she is cool under pressure and she’s got beautiful hands and wonderful balance. More importantly than all that, horses run for her. It’s the gift all jockeys long for. Her horses give her that little bit extra.

I think it’s to do with belief. She believes in them, and they believe in her right back. The thoroughbred is so intelligent and so sensitive that it can almost feel intuitive. Bryony Frost sends her messages of belief down the reins and her horses hear them.

The partnership she has with Black Corton is one of the most touching things in racing. They adore each other. They have a harmony and an understanding that is poetry to watch. They are force multipliers: when they are together; the combination of their fierce fighting hearts adds up to something wilder and greater than the sum of the parts. I think he would jump the moon if he asked her to.

They are up against the big boys today. The form book says they probably won’t win. But just getting here is a championship all of its own. Whatever happens, you know they will acquit themselves with honour. If they must go down, they’ll go down fighting. But I wouldn’t be at all surprised if we see that streak of black courage storming up the hill, with Bryony crouched low, murmuring her words of magic in Blackie’s ear. My heart beats even as I picture it in my mind. Yet, in a way, hours before the race even starts, they’ve already won.