My Day of Jubilee. Or, in Which I Finally Run Out of Fucks. 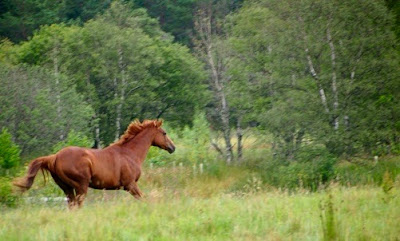 Today, my darlings, is my Day of Jubilee. It is my Independence Day. I have finally decided to set myself free.

I realise, at the dear old age of fifty-two, that all my life I’ve been skipping about trying to please people. This sounds rather lovely, but it’s actually ghastly. I worry about what those people think, most especially what they think of me. I empathise so hard with their feelings that sometimes I have to go and have a little lie-down. I try to be the grown-up, not for its own sweet sake, but so that people will say, ‘Look at her, being the grown-up.’

It’s not just near friends and relations. I worry about what complete strangers will think. I want people to like me, even if I think they are idiots. (That may be the very definition of insanity: wanting even the people you don’t like to like you.) I want people to like me on Facebook and Twitter. I want the people who read my books to like me. I want more of those insidious little thumbs-ups. I want huge red hearts for every single red mare post. If people don’t love the red mare enough, the world might stop turning.

And this very morning, at about 6.22am, I realised that I’d had enough. With one bound, I was free.

There has been a rather terrifying embrace of vulnerability. There have been admissions of shame. There has been a lot of asking for help. If you are going to change your entire life, I discover, you can’t do it on your own.

Today, the cumulative effect of all that came together in a glorious final act. I was liberated. I did not have to mind any more. I could let all the people - the Norma Desmond people, out there in the dark -  think exactly what they wanted to think. I could let them mock or disapprove or sneer. I could let them not like me. (Imagine that!) I could let them laugh at my absurd dreams, my wild passions, my intense loves. Because their dream is not my dream, and that is all right.

I’m so tired of the slightly sick feeling in the stomach and the ache in the throat when I think that someone is angry with me, or belittling me, or putting me down. I get a hollow feeling, and a pressing on the head, and I carry a low cloud of despair about for thirty-six hours. That is usually how long it takes me to talk myself down off the ceiling. I’m sick to the teeth of talking myself down off the ceiling. I could be doing so many more lovely things with my time.

Even if I turn myself inside out like a pretzel, I’m still not going to please all of the people all of the time. I know this is so Captain Obvious that the captain needs to be promoted to Brigadier, but it’s taken me a while to believe it, right down in my gut. I’m an optimist, so I think I truly believed that if I was fabulous enough, then everyone would get with the programme. It would be a festival of fabulousness and finally, finally, I would be vindicated. I would get the external stamp of approval, and everything would be fine, and I would never feel sick and stupid again.

This morning, as the birds sang their dawn song, I saw that I’d got everything the wrong way round. The only stamp that counts is the one on the internal passport. The only control I have is over myself and my own decisions. I have to let all the other people go. I have to let them dream their own dreams and do their own thing and believe their own beliefs. Some of those will clash with mine, and some of them won’t. But they are not my business.

The strange thing is that I learnt all this from my red mare, and from the people who have helped me along that grand, thoroughbred journey. I’ve learnt that to get her right, I simply had to turn myself into the best human I could be, the steady, reliable, imaginative human she needed, and the rest would take care of itself. That’s how I ended up riding through the Scottish hills with a single finger on the rein and a song in my heart. It’s the same with ordinary life. I’ll go on trying; I’ll do my best; I’ll run my own race. And some people will love that and some people won’t.